Coyle is the youngest of three sisters and raised in a strict household. They were expected to excel in their social tendencies, be graceful with their language and a perfect lady on a gentlemen’s arm. At an early age, Sherlyn opted for a different route, studying biological science and paying attention to seemingly trivial facts; how long it would take her sisters to walk upstairs compared to older adults, physiological reactions from people when lying and which surfaces left the best fingerprints to study.

As she matured, she developed an egotistical manner and temper, which most suitors found uncouth and disagreeable for marriage. She grew to love solving puzzles and riddles and became quite good at it, though local police weren’t interested in working with a temperamental spinster.

She fell in love with Ronan James Moriarity and accepted his proposal for marriage. Eventually, he revealed his true dark nature and almost killed her. Now, her focus is on capturing him before more innocent women fall under his knife.

She currently works with Fang in the Templars of the Unseen Path, an independent agency designed to protect the world from supernatural enemies.

Not afraid to get into a scrap, thoroughness with investigations, intelligent and able to formulate accurate conclusions from minimal information and evidence.

Nyctophobia, austere judgement of nearly everyone she meets, a temper unbecoming of a young woman and low self-esteem.

Fang’s mind is difficult to trust, but she believes her birthname was Charlotte and she was raised in royalty with her younger sister, Embeth. She recalled seeing shadowy figures, causing her mother to believe her daughter was going mad.

Charlotte and Embeth were traveling across the North Atlantic to New Holland (now New York) when tragedy struck. Their ship was caught in a raging storm and Embeth was lost at sea. Although the circumstances were unclear, their mother believed Charlotte was responsible and disowned her.

Between 1659 and the early 1870s there are virtually no known records of the girl’s whereabouts. She was discovered in an asylum and placed into Project: Archangel where she received advanced specialized training and experimentation. She grew powerful and extraordinarily dangerous but remained distracted with “visitations” of her long-dead sister. These distractions were severe enough to justify placing her into a secret military hold.

In 1891, Fang escaped and teamed herself up with Coyle during the Curse of Shadows operation and they’ve been working together ever since.

It’s unclear whether Embeth truly is the spirit of her sister or an anomaly of Fang’s fragmented mind. It’s also unknown if these visitations are a benefit or a hazard.

Strengths:
Human: Compassionate towards the innocent, faithful, will of iron, highly proficient in hand-to-hand combat and weapon systems.

Vampire: Bones and tissue heal within seconds, resistant to objects and conditions normally fatal for a vampire, enhanced strength, stamina, and speed. She can shapeshift into a Shade, able to move through solid objects and immune to physicalities.

Morals and views of the world are gray, distrusts almost everyone, believe people are meant to be taken advantage of, and the rare mineral, aurorium, can injure and kill her.

Get A Free Book On Me 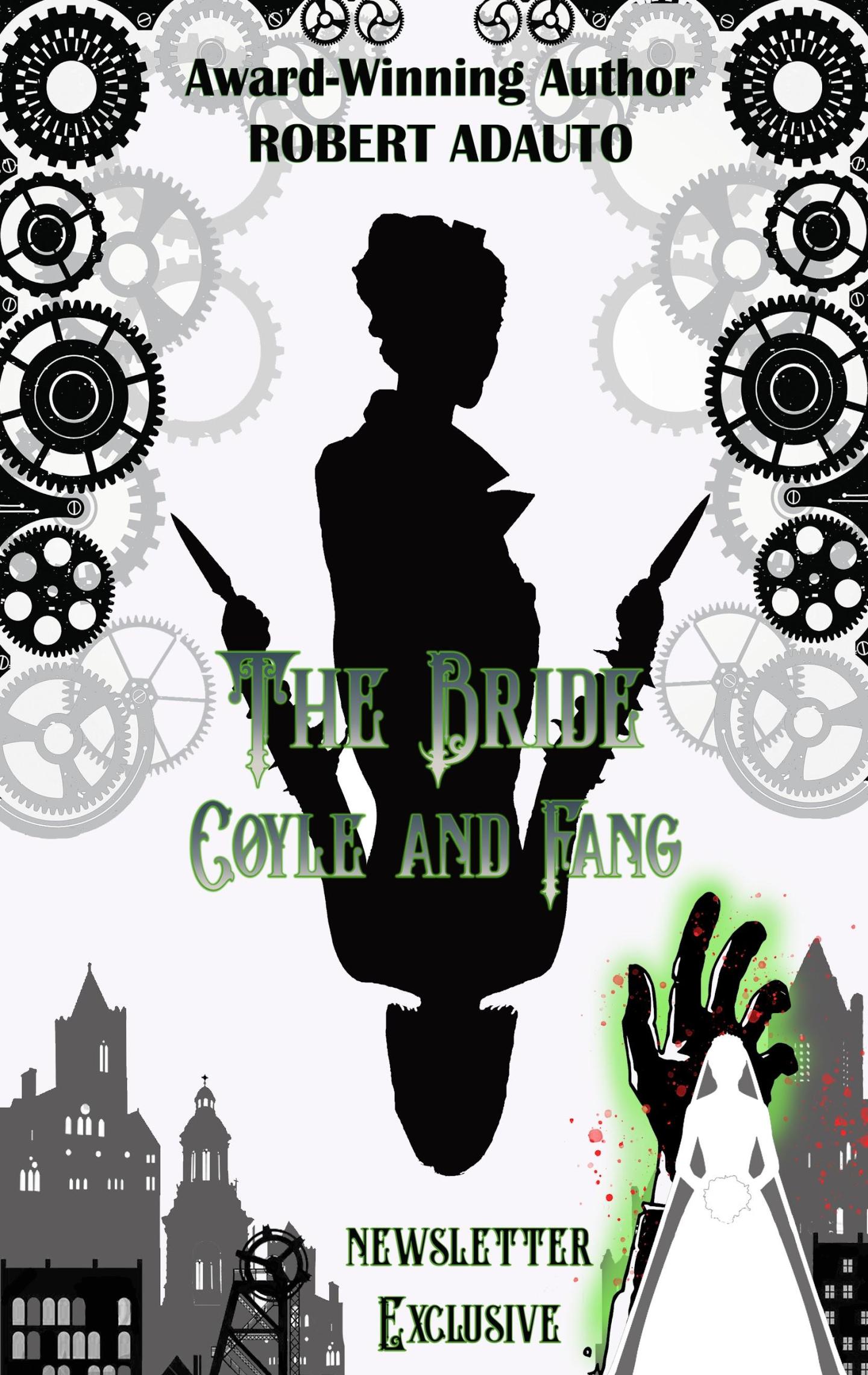 END_OF_DOCUMENT_TOKEN_TO_BE_REPLACED

We use cookies to ensure that we give you the best experience on our website. If you continue to use this site we will assume that you are happy with it.Accept